As a food lover, when it comes to experimentation, there is that one ingredient that has never failed me and has always acted as a savior: yogurt. Be it a salad, or a new recipe or just some gravy that needs extra taste, yogurt has saved the day for me plenty of times.

Speaking about it’s nutritious value, on an average 100 grams of pure yogurt contains 59 calories. This makes it one of the healthiest forms of daily products. But then again, most of us are guilty of buying the processed yogurt from super store, since we don’t really have that kind of time to make yogurt ourselves, but there is no denying that the actual taste and the healthiest form of yogurt is the one made at home.

This recipe involves use of Instant Pot electric pressure cooker which has the built-in yogurt making function in it, for it really helps in heating the milk and then maintaining the temperature. You make yogurt with push of a single button. They have saved me a lot of time and have made yogurt-making the easiest task ever!

So in case you have always wanted to make yogurt yourself, but have been intimidated by the techniques, here’s a guaranteed way of making the best yogurt using a instant pot. Just be sure to follow each step carefully, although they are pretty basic and don’t involve much science in it.

If you don’t like reading, you can just watch this video and learn to make Yogurt with Instant Pot DUO:

You have the option of using jars for making yogurts, or just using the whole inside of the instant pot. But personally, using jars is far easier as the yogurt is made directly in them and you don’t have to engage in the whole transferring session.

So, to start off with, you will be using the steaming function of the instant pot, so after adjusting the steamer rack, pour in one glass of water. Then, take up as many jars that can fit easily in the instant pot and fill them up to 90% of their capacity. Make sure that the jars to be used are heat resistant. Close the lid, while adjusting the steam handle to “steaming”. Press the “steam’ button on your instant pot and adjust the time to 1 minute. The jars and the milk will be steamed at altogether inside the steaming pot.

This is the next important phase of this procedure. You need to cool the jars and the milk in it, after the whole steaming session. The temperature needs to come to 150 degrees Fahrenheit, which means on a average It would take one hour for the jars to cool. In case you don’t have a thermometer on you, after an hour time the jars would be warm enough to be handled directly and that’s how you know you have achieved the desired temperature.

In order to make this treat, you need to add in active yogurt cultures that can be simply done by adding 1 teaspoon of yogurt in every jar. Mix it in well. Now these jars will go back into the instant pot, where the yogurt function on it will do the rest of the work.

It would take 8 hours for the yogurt to be made, using the Yogurt function on your instant pot, however the longer you keep it in, the thicker your yogurt will be. Take the jars out and refrigerate.

And that’s it, in a matter of maximum 9-10 hours, you will have your very own home-made fresh yogurt. Now if you haven’t got an Instant Pot, make sure you grab one soon. 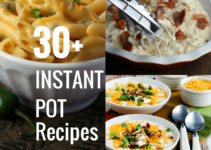 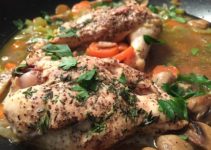 This site uses Akismet to reduce spam. Learn how your comment data is processed.

Join our mailing list to receive the updates of the best tips and recipes to get the most out of your Instapot!

Thank you for joining the Instapot Review Family! Look out for our first email to you later today.